The BJP has still not included big names like Vinod Tawde, Prakash Mehta and Eknath Khadse in its lists of candidates who would be contesting the Maharashtra assembly elections.

The party has fielded Kashiram Pawara from Shirpur, Mallikarjun Reddy from Ramtek, Parinay Phuke from Sakoli and Ramesh Singh Thakur from Malad West. 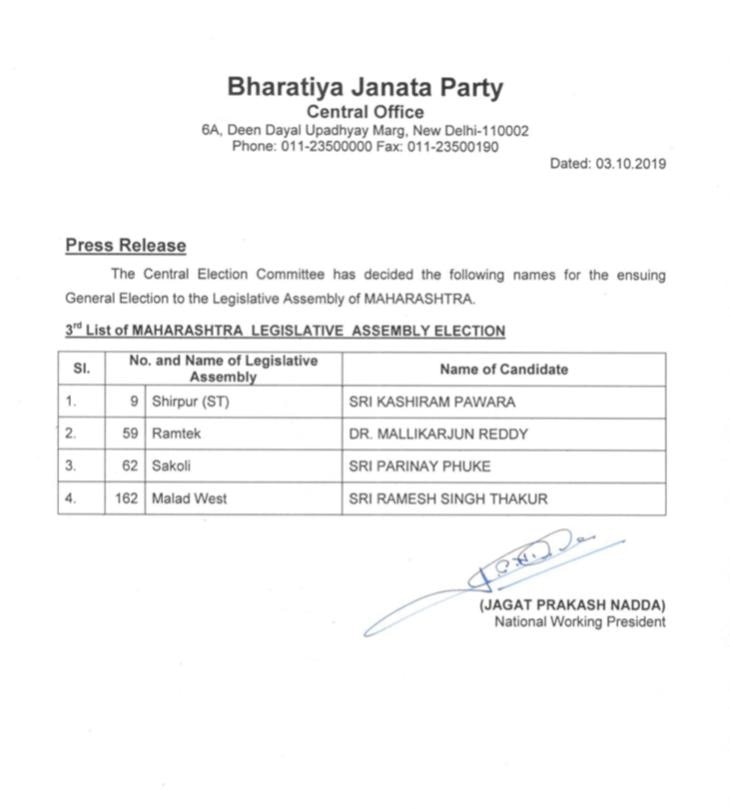 According to the sources, the final list of the saffron party is expected to be released on Friday. The party is yet to announce its candidates on seven assembly constituencies in Maharashtra.

Notably, Friday is the final day to file nominations to contest the Maharashtra assembly polls. Candidates on a total of 143 seats have been announced.

Every household will get drinking water by 2024: PM Modi

Party workers are like mother, they should not feel slighted: Modi...