During an interview, the actor revealed details about the bold video. Angad shared that Sara asked the director, that she would not do bold scenes with anyone except Angad.

“Sara said that she was not ready to do bold scenes with anyone. She would only do it with me as she was comfortable. It was a bold video. Atul, the director told Sara about the brief. When we did it, the unit people became our fans. Our jodi is famous and that’s how we do it”.

Angad further narrated, his experience of working with Sara in Bidaai, which was their first show. Their bond became so good that initially, everyone thought them to be a pair. To date, they are addressed as a pair. He further said, that his wife yet receives texts saying that she is stupid to be with him.

Talking about his relationship with Sara, Angad said, “We both have a pure relation as friends. It is not necessary that if you are friends you will have a special affair. She is very attached to my daughter and cares for my mom as well. She has a good relationship with my family.” 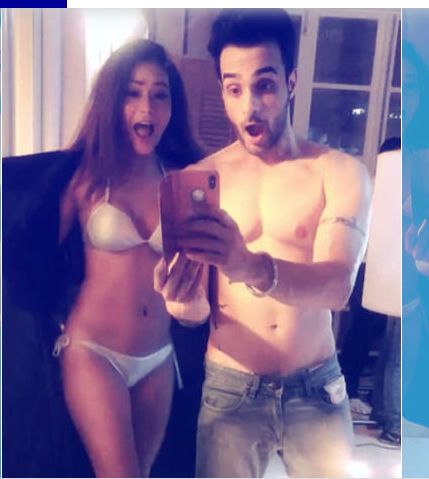 On the work front, the pair was also seen together in Ram Milaayi Jodi and Saubhagyalaxmi. They continue to be great friends.

Sara Ali Khan reveals another Karisma film remake she wants to be a part of after Coolie No.1

‘I am not a virgin’: Nehha Pendse has no issues with...