Mumbai: On this day, 12 years ago, a young Team India under the leadership of MS Dhoni lifted the maiden ICC World T20 trophy. The young brigade beat arch-rivals Pakistan in the final at Johannesburg to script history and bring the trophy home.

In the absence of stalwarts like Sachin Tendulkar, Rahul Dravid, Sourav Ganguly and Anil Kumble, the board decided to hand Dhoni the responsibility of leading a young side, and the latter didn’t disappoint. 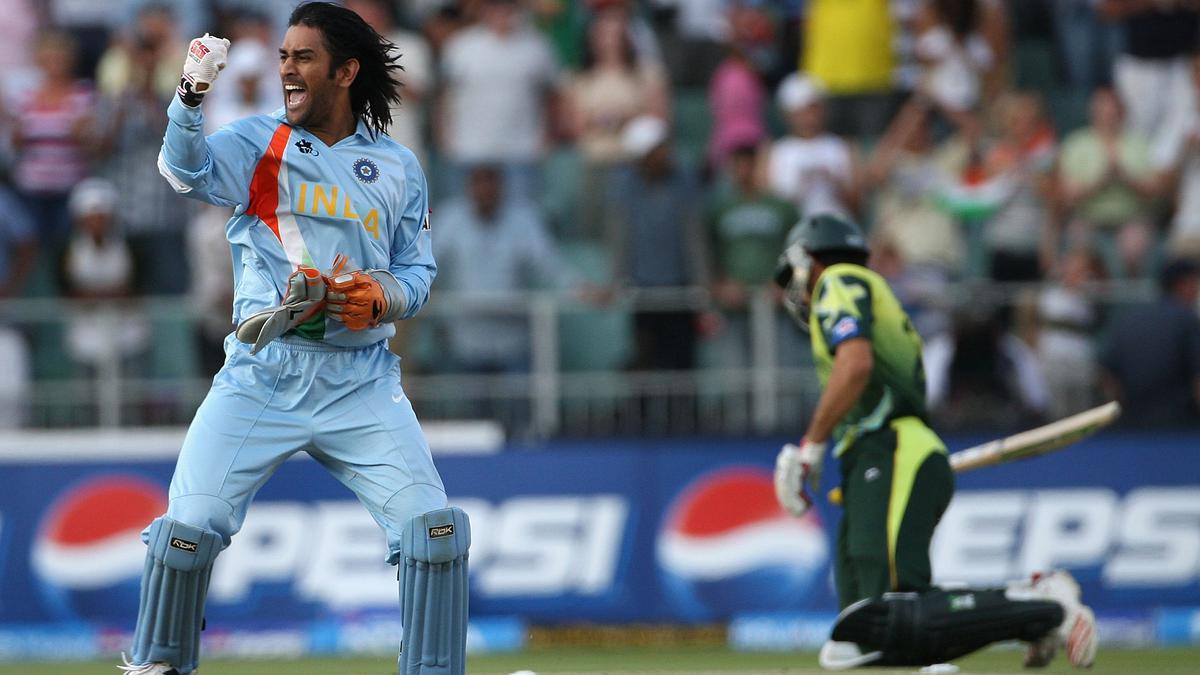 India didn’t come into the tournament as favourites but they put in a number of good performances, beating hosts South Africa as well as then-ODI world champions Australia en route to the final.

In the final, Dhoni won the toss and chose to bat first; India made 157/5 in their 20 overs. Gautam Gambhir was the pick of the batsmen, top-scoring with 75. However, what might be considered a modest total today proved a hard ask for Pakistan. With Mohammad Hafeez departing in the very first over, Pakistan failed to build any partnerships and were 104/7 with 4 overs remaining.

However, India were nearly undone by a wonderful cameo by Misbah-ul-Haq, who knew it was up to him to score the bulk of the runs if they were to have any chances of winning.

He smashed Harbhajan Singh for three sixes in the 17th over and Sohail Tanvir then dealt with Sreesanth in a similar manner in the next over, hitting him for two sixes.

The Indian bowlers remained undeterred and continued to mop up the tail. Pakistan were nine down and needed 13 runs in the final over.

Right arm medium pacer Joginder Sharma was handed the unenviable task of seeing India home. But when the second ball of the over went for six, Pakistan sensed a chance.

Instead, Misbah’s aggression which brought Pakistan so close to the promise land – was their undoing. He tried to scoop Joginder over short fine-leg but the ball went high and Sreesanth took the catch. The World Cup win saw the BCCI reward the team with $2 million and also led to the birth of the Indian Premier League (IPL), the tournament that has become the standard-bearer for franchise-based T20 leagues the world over.

Shockingly, Joginder Sharma never played another T20 for India! Perhaps he had done his bit and already entrenched his name in history.

No stone being left unturned to ensure people are healthy: PM...

Niti Taylor is beauty queen of the week

‘Why would I have wasted 15 days’: Thackeray