Mumbai: There are times when you look at a couple and think they are nothing less than perfect. They give you serious couple goals and even bring a sparkle in the eyes of many. The Indian Premier League (IPL) is quite a spectacle. This near two-month carnival is not just about cricket. There are a whole lot of emotions involved with it.

Cricketers often bring their wives to the stadiums. Them, cheering their husbands from the stands, is quite a delightful scene and makes a few even believe in true love after all. Some of the cricketers who take part in the IPL have extremely beautiful partners and these cricketer wives have a huge fan following as well.

Some of the beautiful wives of IPL cricketers:
5. Jos Buttler – Louise Buttler

Jos Buttler, an integral part of the Rajasthan Royals side, is an exciting cricketer. With his hitting ability, he always entertains the fans a great deal. The cricketer and his wife Louise are a fun-loving and romantic couple. On 21st October 2017, the wicketkeeper-batsman was stumped out.

Mumbai Indians’ ace all-rounder Krunal Pandya was bowled over by the beauty of Pankhuri Sharma. Their relationship started off with them claiming that they were just friends. But like in most love stories, this friendship eventually evolved into infatuation and then true love.

Simplicity and supportive nature of Pankhuri are two things that have impressed Krunal the most. The duo dated each other for about two years before they decided to tie the knock. In a grand ceremony in December 2017, they got hitched.

Squash player Dipika Pallikal hated cricketers for all the attention they used to get. The same was the case with Dinesh Karthik when they met first for a fitness session under Shankar Basu. The wicketkeeper-batsman, however, was out bowled for her looks.

Both of them started interacting and Dipika’s perception began to change slowly. In 2013, when Dinesh went to England just to meet her, Dipika Pallikal fell for him. He used to spend time watching her play squash and even had a go at the sport. 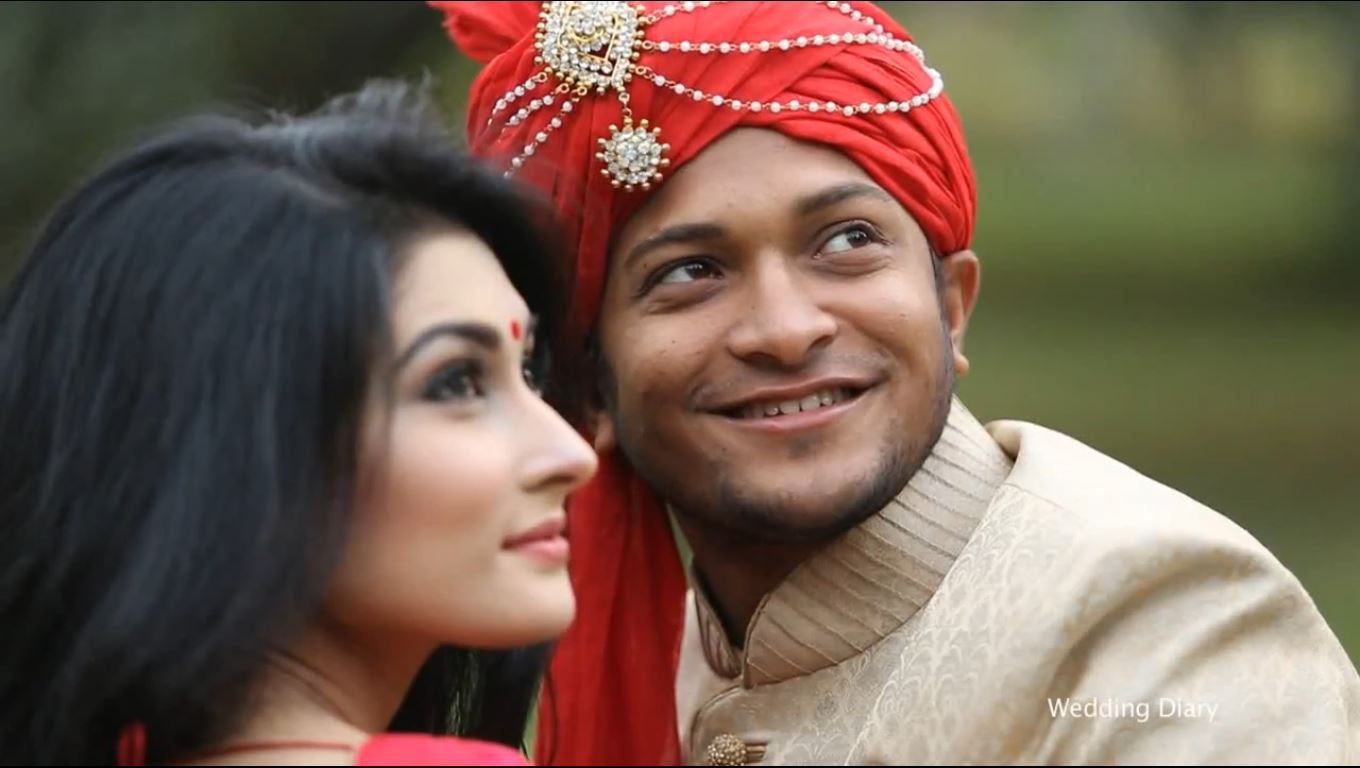 Even if you are one of the best all-rounders to have ever played the sport, there will be a moment when you will end up melting down. For Shakib Al Hassan, it was during the shoot of a television commercial with his future wife. Shishir attracted him almost instantly with her beautiful looks.

Even though she got settled in the USA at a very young age, she came back to Bangladesh and started pursuing modeling. Eventually, they shot a couple more ads together and started knowing each other better. In 2010, Shakib was in England for a county stint.

It was during an ad shoot for a shampoo brand when Virat Kohli first met Anushka Sharma. He fell for the Bollywood actress instantly and the two began spending time with each other. Soon, they were heads over heels in love with each other.

Anushka Sharma and Virat Kohli made several public appearances together which sparked quite a few murmurs all around. Soon, Anushka even started to come to the stadiums and cheer her to-be-husband from the stands. Those signature flying kisses Kohli used to blow after reaching his milestones made things that much more obvious.

Deepika Padukone opens up on her next project

Lockdown 4.0: Maharashtra govt is not allowing flights in Mumbai

Important for larger bilateral relationship to have some early results on...